A video demonstration on ForgeRock OpenAM deployment as a standalone instance in a Tomcat Server was posted earlier on my blog. For a production ready environment, it is important to have multiple instances of OpenAM running in a site. In the video that’s embedded below, you’ll get to see:

A great deal of information required for doing a demonstration on OpenAM HA environment and in turn the rules to be used by the HA Proxy was picked up from Mark Craig’s blog.

The illustration below might give an idea on the infrastructure used in the video demonstration. There are three Linux Containers in a Ubuntu 14.10 host, one of which has the first instance of OpenAM, the second one has another instance of OpenAM and the third one running HA Proxy to load balance the requests to two instances of OpenAM. The client requests go to the Linux Container running HA Proxy, from where the HA Proxy redirects the requests to either one of the OpenAM instances running in two different Linux Containers. 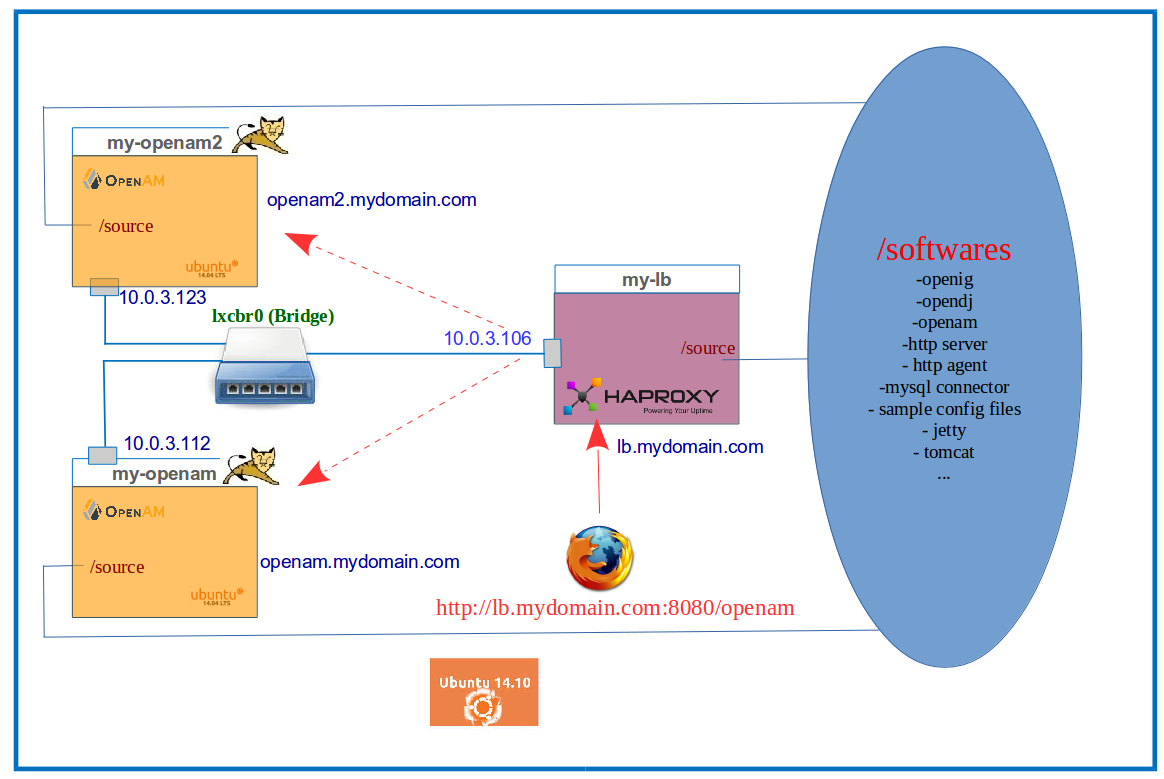 If you’ve got some some bit of idea looking at the illustration above, I can assure you, it’ll be clearer watching the demonstration below. A word of caution though: the infrastructure used here is only for demonstration purpose, for a very serious highly available environment, you may have to consider other virtualization technologies.